How to Say I Love You at Night by Andree Ljutica

We arranged a call with US filmmaker/photographer Andree Ljutica to discuss his new short film ‘How to Say I Love You at Night’.

Andree Ljutica directs ‘How to Say I Love You at Night’.

Getting from point A to point B.

Andree, is it true that the film is based on a real experience?

It occurred to a friend of mine, and I kind of, I don’t know, just fell in love with his telling of it, and it evolved from there. I’m often falling in love with stories that people tell me and I tend to hyperbolically think of them in cinematic terms. There was something different about this, and it just stuck. What I was attracted to was this pervading sense of unease that was existing between these two people who are meeting for the first time, not really based on anything other than a lack of trust.

I think one of the reasons a lot of people are relating to the film is because we’re finding ourselves in these kinds of situations more and more now, riding in an Uber with someone you don’t know, or staying at someone’s house, being put into positions to trust people implicitly.

Yeah, I think we have these social contracts that we’ve never had before, it’s a way less organic world we’re living in, it feels very transactional for the sake of convenience.

Speaking of economy – or perhaps not, you opted to shoot the film as a single long take. How did you arrive at wanting to do that?

It’s captivating to stick with the action, the more the audience waits for the cut, the longer they are waiting for the moment to be resolved. If you can protect that sense of anticipation, unease and anxiety can grow, and so from a film language standpoint, it was something I wanted to do early on.

Did this choice impact the process at all?

There were times where it felt more like I was directing theater because of the continuous action. The two actors loved it because it allowed them to get attached to the momentum of the story, we didn’t have to break for new setups, they could act continuously and feel the energy of the moment. It required a really robust rehearsal process beforehand, we all had to come to the set really prepared. 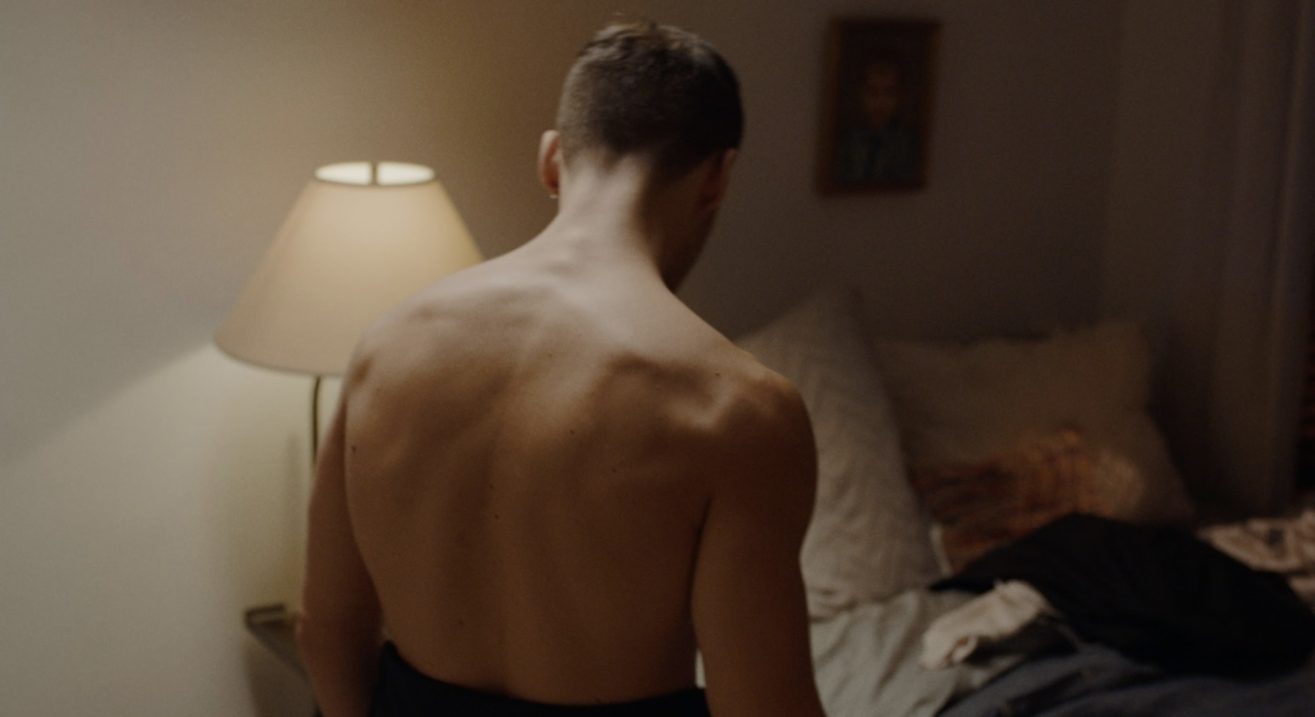 How long did you have on set?

We only had two days to explore the movements in the actual space and overcome any challenges that presented themselves. The camera began to feel like a third character in the story, and it became about Benny and Paul dancing, not only around each other, but around the camera as well.

We didn’t have the opportunity to create a lot of visual moments because it’s all more or less existing in the same space, so it was really important to find an editorial rhythm in the movement that kept things interesting.

Something that also has a rhythm is the boundaries Benny establishes with Paul and then the concessions he makes. How did you find the right balance in terms of tension?

I think your choice of the word balance is perfect because oftentimes, we were talking about this as who’s winning the scene, or more importantly, who’s winning the space? I started comparing Chris’s character Paul to this kind of animal that was just trolling the space and looking for little opportunities to win, it really became a territorial battle.

The actors put a lot of time into finding these characters that by the time it was off the page and we were making the movie, they really knew what was too much. We knew we had to get from point A to point B, it was kind of instinctual. It was like, what’s too much for Paul to do in this moment? When will Benny say he’s really uncomfortable versus feeling it out a little more – we were constantly asking those questions.

‘Everything Is Cinema: The Working Life Of Jean-Luc Godard’ by Richard Brody and ‘The Trial’ by Franz Kafka in preparation for my upcoming documentary. 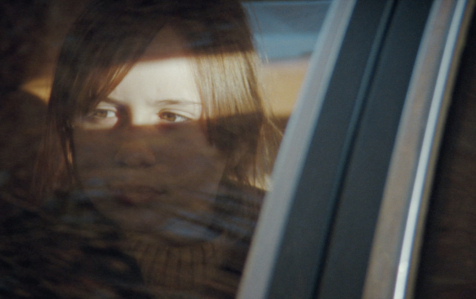 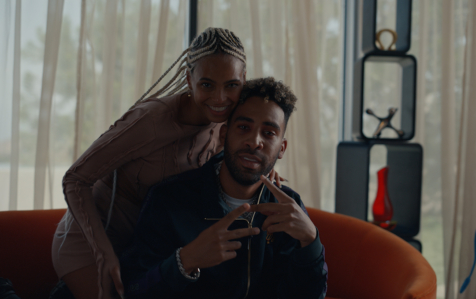 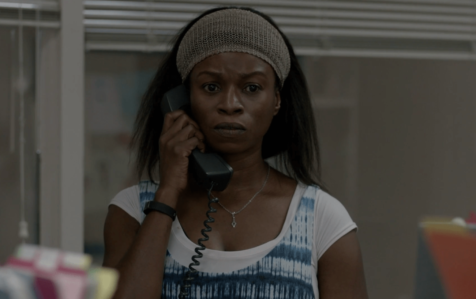 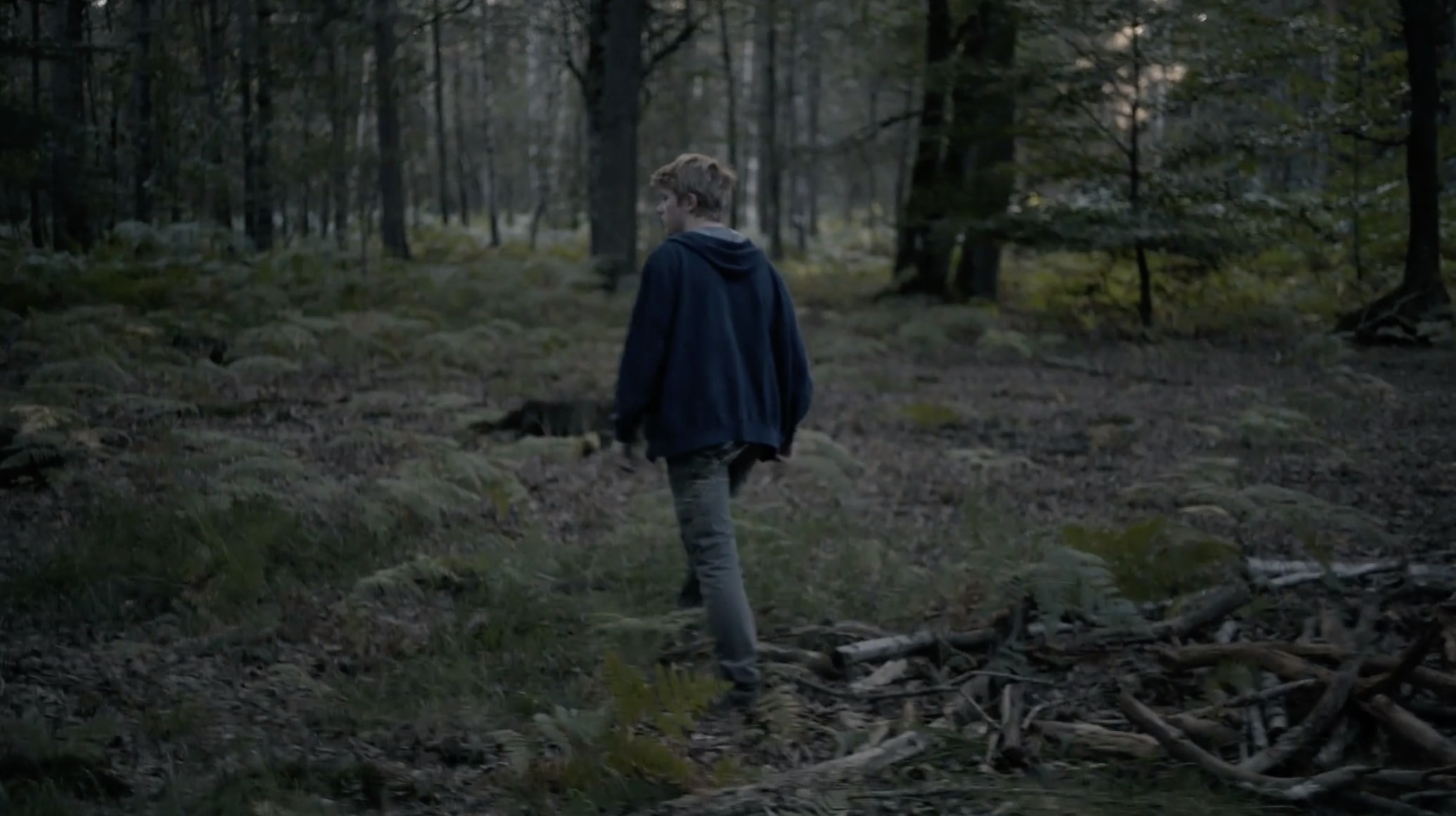 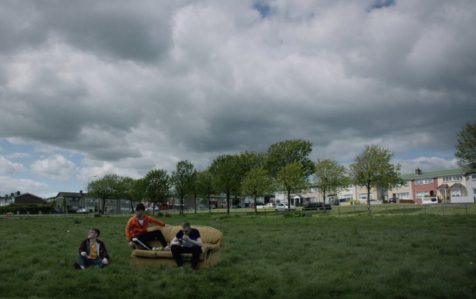 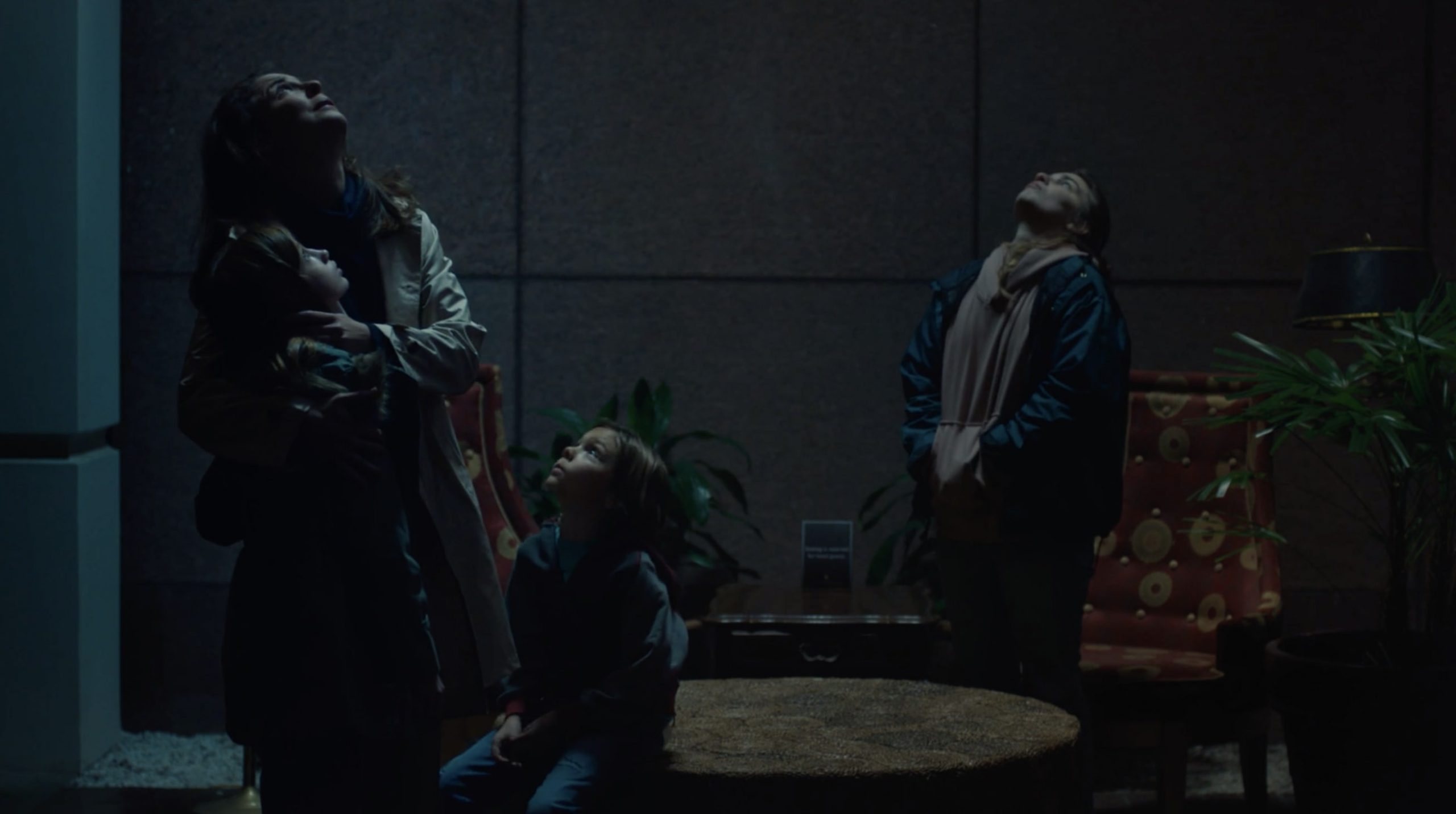