Released on Domino Records. Supported by a short Q&A with the director.

Words from Brook below.

Brook, my first question has to be about the particular images you have created for this video and their connection.

This video was a collaboration between myself, Ben Chappell, Alex Turner, and the band, but I came at it from a very specific viewpoint:

Body Paint is very much about visualizing the process of filmmaking and specifically the creation of symbolic imagery (and where that process can fall apart). There is a code to be deciphered and everything has a specific meaning, but mostly it’s the code-making itself that’s on display.

I have a background in editorial and I’m interested in edit patterns and delivering pieces of visual information that can take on different meanings depending on context (and that context itself can change over the course of a piece). Things widen out, contract, and widen out again.

There is a code to be deciphered and everything has a specific meaning, but mostly it’s the code-making itself that’s on display. 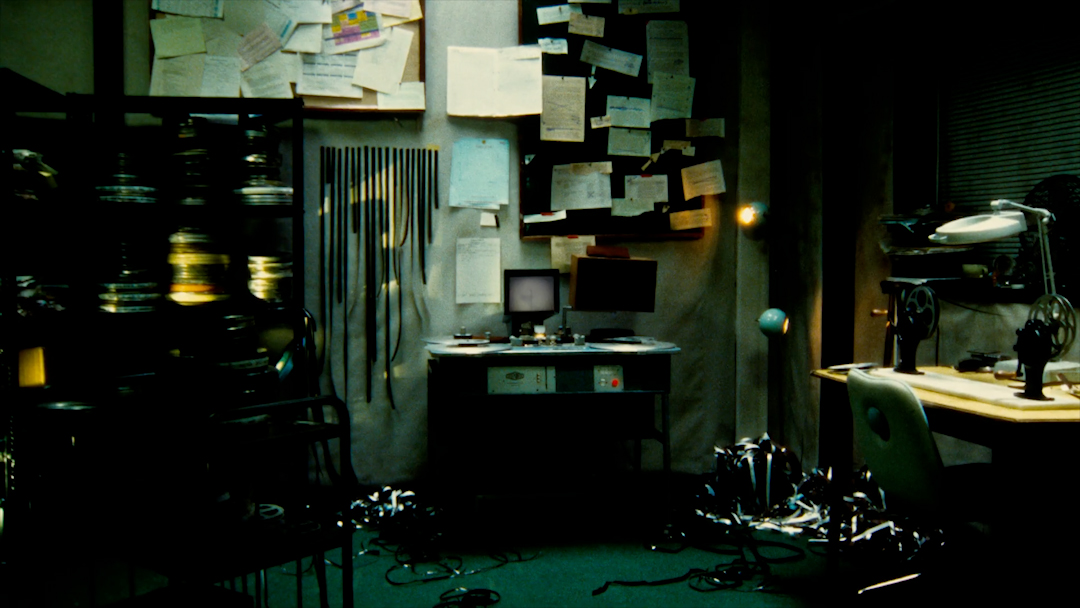 Considering the nature of the piece, I’m intrigued to ask what relationship this video, or elements from it, have with your previous work.

I worked for the better part of a decade as an editor on all kinds of pieces (documentaries, narrative films, music videos, commercials), so I spent a lot of time thinking about the process and power of editing. Meaning can be imbued in many ways, and audiences get smarter and smarter all the time. I think the modern viewer is very sophisticated and can follow an idea with only a sliver of data.

Earlier this year I made a video for ambient artist Rich Ruth of Third Man Records called ‘Older But Not Less Confused’. This was an experiment, creating a mosaic from cars on a highway interchange and the people inside those cars. The images have little power on their own but set next to each other against the backdrop of a hundred little vehicles a larger, stranger picture begins to form.

After that, I completed a narrative/documentary hybrid on the process of editing called ‘Time Code’. The film is about an editor struggling to manufacture a narrative from scraps of footage for an elusive pop star. Throughout the piece, as the editor fails to construct a film, they begin to re-edit the piece in real-time and we watch the scramble to find meaning. I badly, badly wanted to submit this to Directors Library but I lost my nerve. It’s a very personal film, and from the conversations I’ve had with other editors that reached out after viewing it, I think it’s personal for them too. Shared editorial trauma, maybe.

Visually, the origins of ‘Body Paint’ go back to 2014, when the director of photography Frank Mobilio and I made another music video, ‘True’, for a band called Operators. We were chasing the tone of the paranoid Alan Pakula/Gordon Willis collaborations (The Parallax View, All the President’s Men, and Klute). I think we achieved that look but the real breakthrough came in the edit, where I found the more I stripped the context away the more powerful the individual shots became.

For my other collaborators, especially Ben Chappell and Alex Turner, their film knowledge and intention are very deep, and very extensive. They came with a specific tone and creative and our worlds blended pretty effortlessly. We had a great time sending links back and forth.

Can you tell us what shooting on film means to you, and perhaps some of the working methods you have or favorable results you aim to achieve over working digitally?

Ben and Alex are big advocates of film and using the old ways. The work they’ve been doing for Arctic Monkeys is exclusively on film.

Ben and Alex are big advocates of film and using the old ways. The work they’ve been doing for Arctic Monkeys is exclusively on film, and they’ve built a visual world over years working together. That is obviously a very intimidating circle to be invited into. Frank and I are not so intense about film – we’ll shoot on almost anything – but we started to lean into it conceptually, building the idea and myth of film into the piece. Beyond anyone’s individual preference, shooting on film became absolutely necessary because it was inextricable from the concept of the piece itself.

Shooting on film became absolutely necessary because it was inextricable from the concept of the piece itself.

Ektachrome was very important to Ben and Alex, and we took on that challenge somewhat begrudgingly as shooting it inside is no easy deal, but it really has a mythic quality to it. I was dead wrong, basically. It looks like the thing we’ve been chasing forever. They were right. 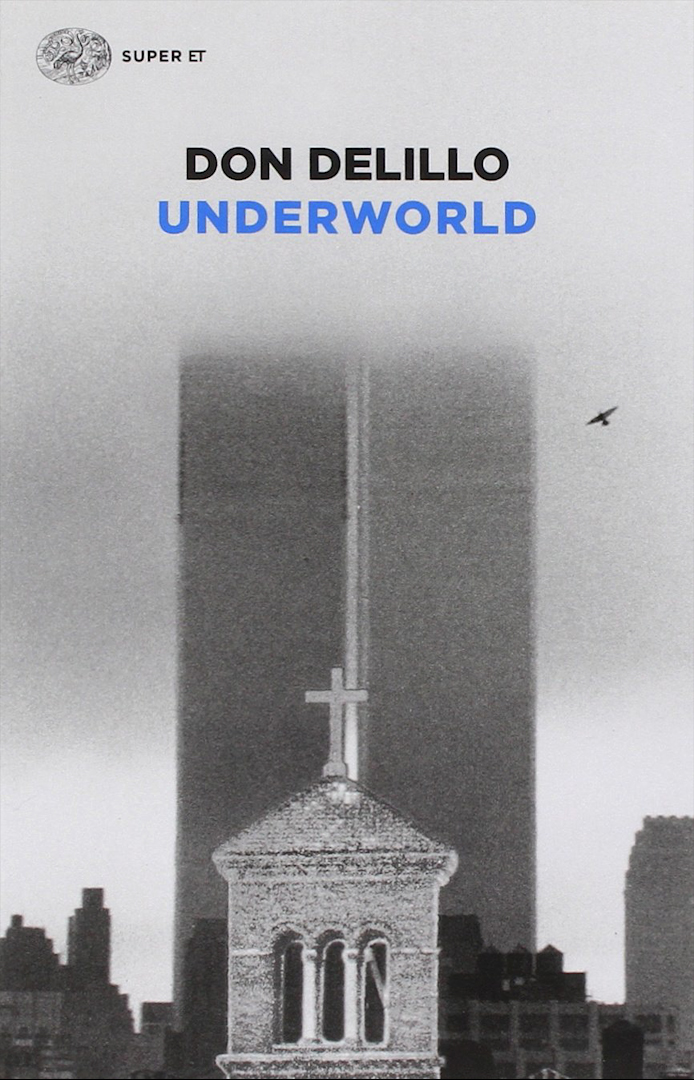 I am fighting my way through Don DeLillo’s ‘Underworld’, and it’s totally the coolest thing I’ve ever experienced this side of Libra and at the same time so intimidating (it’s a brick). I’m halfway through it. Though he hasn’t made a film DeLillo is absolutely a filmmaker, no doubt. He knows too much.

All the DeLillo’s I’ve read (just a handful) deal with film and moving images in some way, but ‘Underworld’ has this really choice passage about a murder caught on tape:

And there is something about videotape, isn’t there, and this particular kind of serial crime? This is a crime designed for random taping and immediate playing. You sit there and wonder if this kind of crime became more possible when the means of taping an event and playing it immediately, without a neutral interval, a balancing space and time, became widely available. Taping-and-playing intensifies and compresses the event. It dangles a need to do it again. You sit there thinking that the serial murder has found its medium, or vice versa – an act of shadow technology, of compressed time and repeated images, stark and glary and unremarkable.

Maybe the victim’s a chump, a sort of silent-movie dupe, classically unlucky. He had it coming in a sense, for letting himself be caught on camera. Because once the tape starts rolling it can only end one way. This is what the context requires.

The more you watch the tape, the deader and colder and more relentless it becomes. The tape sucks the air right out of your chest but you watch it every time. 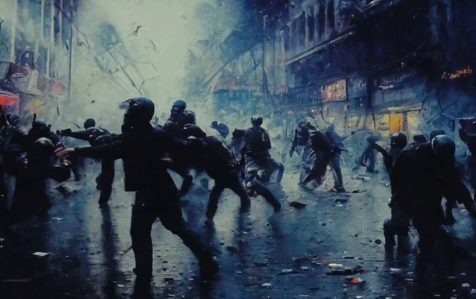 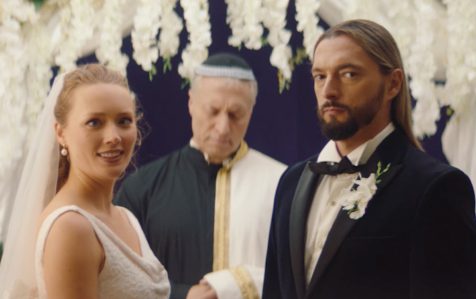 ‘Take Me To America’ Salvatore Ganacci 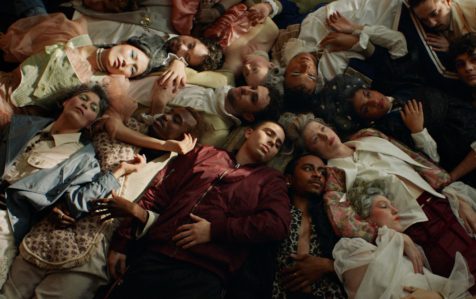 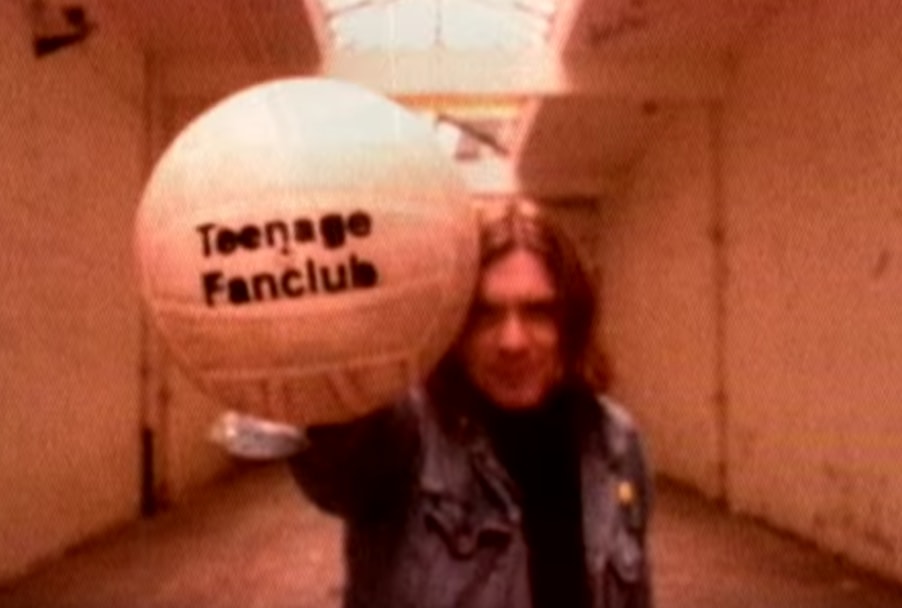 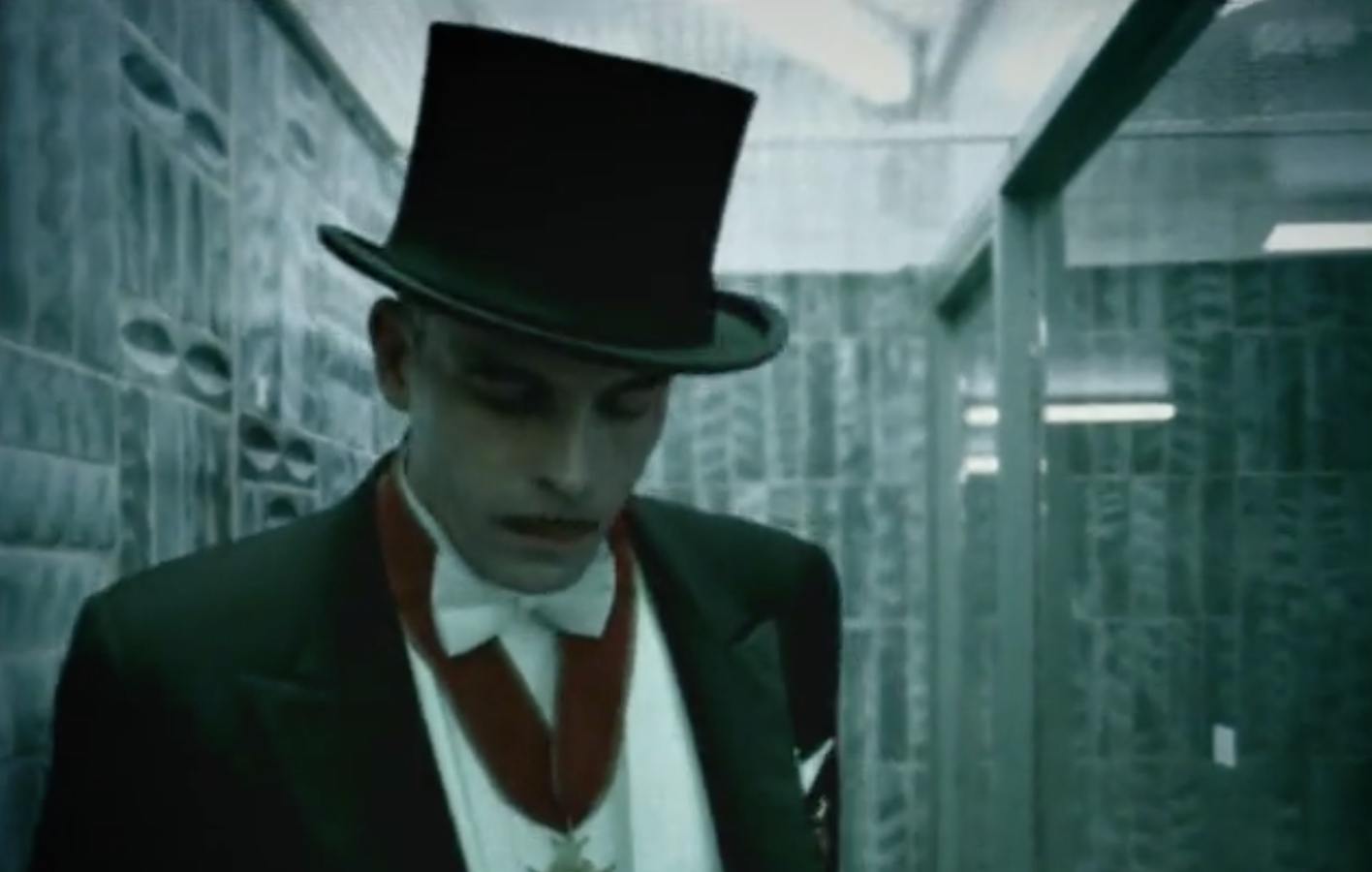 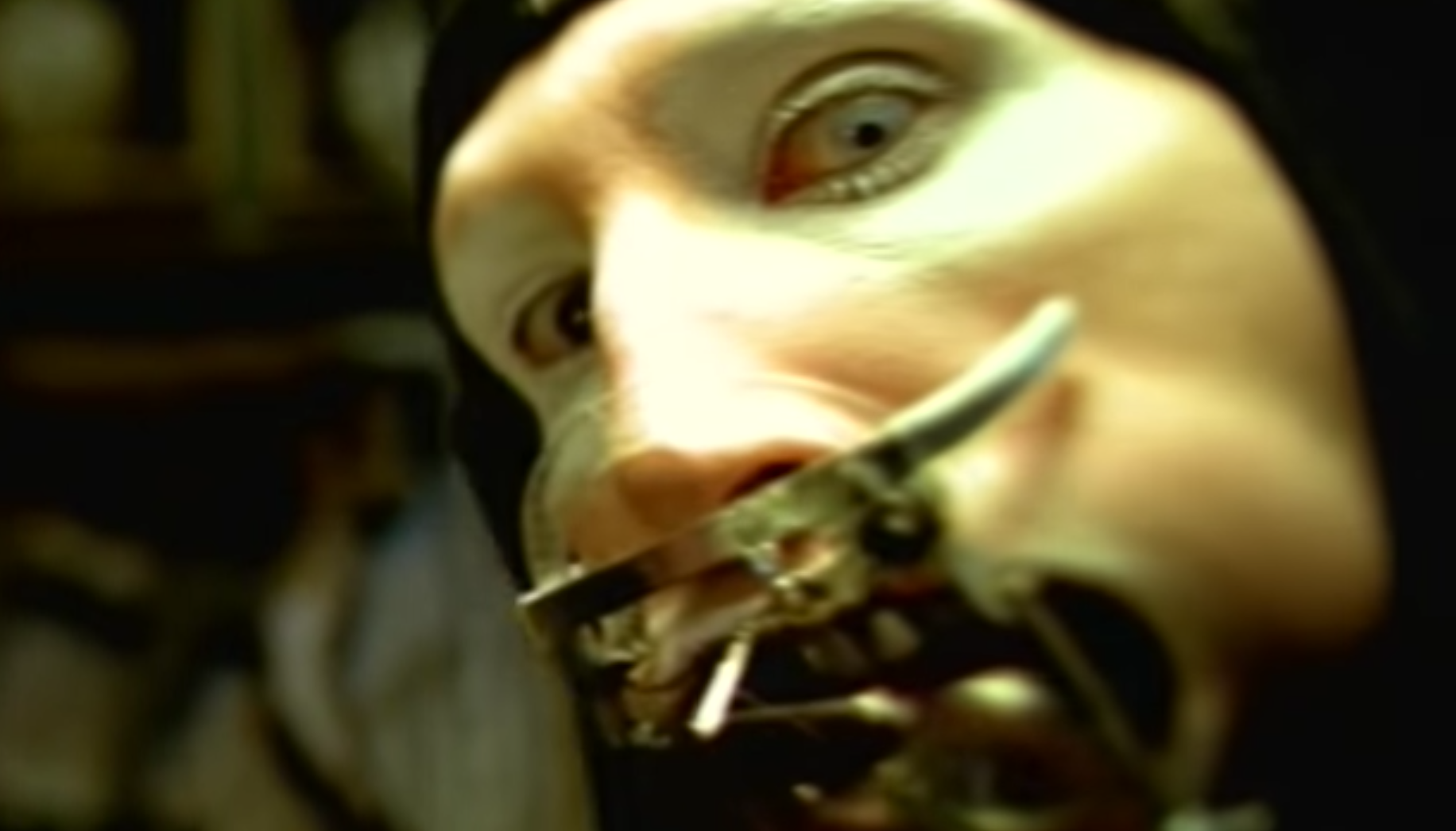